Mr. Cheng Yuk Wo, joined the Group in 2002. He is the Chairman of the Audit Committee and the Remune...

Read more
Our Directors
Our Shares Mr. Chung Cho Yee, Mico, aged 60, Chairman and Executive Director of the Company, joined the Company in 2004. He is a director of certain subsidiaries of the Group. He is also the Chairmen of the Executive Committee and the Nomination Committee, and a member of the Remuneration Committee of the Board. Mr. Chung graduated from University College London in the United Kingdom, with a law degree in 1983 and qualified as a solicitor in Hong Kong in 1986. Mr. Chung is currently a non-executive director of HKT Limited and HKT Management Limited, the trustee-manager of the HKT Trust, the shares of which are listed on the Stock Exchange. Mr. Chung is the brother-in-law of Mr. Kan Sze Man, an executive director of the Company. Mr. Chung was an independent non-executive director of HKC (Holdings) Limited up to January 2020, the shares of which were delisted from the Stock Exchange in June 2021. Mr. Kan Sze Man, aged 49, joined the Company as Group General Counsel in 2001 and has been the Chief Operating Officer since 2016. He is a director of certain subsidiaries and associates of the Group and a member of the Executive Committee of the Board. Mr. Kan is a qualified solicitor by profession. He graduated from Wadham College, University of Oxford in the United Kingdom in 1993 and qualified as solicitor in Hong Kong in 1997. He has worked in the commercial department of a Hong Kong law firm and a U.K. City firm, until joining Hikari Tsushin International Limited (now known as China Oil and Gas Group Limited) as its senior vice president and legal counsel in early 2000. Mr. Kan is the brother-in-law of Mr. Chung Cho Yee, Mico, the Chairman and the controlling shareholder of the Company. Mr. Kan was a non-executive director of BCI Group Holdings Limited (“BCI”) (a company listed on the Growth Enterprise Market of the Stock Exchange) up to February 2021. The Company ceased to be BCI’s substantial shareholder on 14 December 2020. Mr. Chow Hou Man, aged 50, joined the Company in 2001and is a Group Chief Financial Officer. He is a director of certain subsidiaries and associates of the Group and a member of the Executive Committee of the Board. Mr. Chow graduated from the Baptist University in Hong Kong and holds a Master of Business Administration degree from the Hong Kong Polytechnic University. He has over 20 years of financial experience in various companies listed in Hong Kong and overseas and an international firm of certified public accountants. He is a member of both the Association of Chartered Certified Accountants and the Hong Kong Institute of Certified Public Accountants. Mr. Fong Man Bun, Jimmy, aged 56, joined the Company in 2011 and is a Managing Director of Couture Homes Properties Limited, a wholly-owned subsidiary of the Company. He is also a director of certain subsidiaries and associates of the Group and a member of the Executive Committee of the Board. Mr. Fong is mainly responsible for identifying and advising on residential development and investment for both acquisition and disposal planning of the Group. Mr. Fong has over 30 years’ solid experience in luxury residential real estate project development and investment and has in-depth knowledge of the property market. He worked as a director of Savills Hong Kong Limited (formerly known as First Pacific Davis) since 1993. Mr. Fong has worked in Shanghai, PRC in the 90’s and also in the real estate department of Jones Lang Wotton (now known as Jones Lang LaSalle) in 1989. Mr. Ho Lok Fai, aged 60, joined the Company in 2005. He is a deputy managing director/director of certain subsidiaries of the Group and a member of the Executive Committee of the Board. Mr. Ho has been involved in the commercial property investment and agency business since 1991, having over 30 years of solid and proven experience specializing in the investment in Grade A and B offices in Hong Kong. He is responsible for investment in commercial properties, leasing matters, property management business for offices and industrial properties of the Group. He possesses exceptional acumen and insight in property market business, with comprehensive understandings of extensive clientele in commercial property investments; extensive and reliable connection with the reputable estate agents in the commercial property market for which he can readily procure to dispose commercial and development projects of the Group into the market in the most profitable and efficient manners. For many years, he has achieved very satisfactory results and performance for those projects or investments that he has been involved. Mr. Leung King Yin, Kevin, aged 59, joined the Company in 2021 and was appointed as managing director of development in May by the Group and a member of the Executive Committee of the Board. He is the head of the project management and development department of the Group, leading a team of project managers and surveyors in managing a variety of residential and commercial projects in Hong Kong. Prior to joining the Group, he was the general manager/project director of a number of sizable listed companies. He has over 30 years of experience in the property development field with a variety of portfolio including residential, commercial and hotel developments in Hong Kong, Mainland China and Canada. Mr. Leung holds a Bachelor degree of Architecture from the University of Melbourne. He is a registered architect and an authorized person under the Building Ordinance (Cap. 123 of the Laws of Hong Kong), with extensive project management experience. 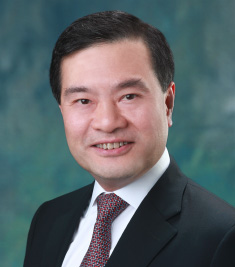 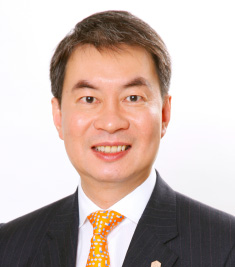 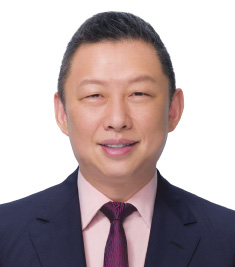 Dr. Lo Wing Yan, William, JP, joined the Group in 2014. He is a member of the Audit Committee of the Board. He is currently the Founder & Chairman of Da Z Group Co. Limited and the Chairman of Captcha Media Limited, a boutique digital marketing and strategy agency in Hong Kong. Dr. Lo is a Founding Governor and a member of the Governors and Executive Committee of the Charles K. Kao Foundation for Alzheimer’s Disease Limited as well as a Governor of the Board of Governor of the Independent Schools Foundation Academy, one of the most well-known independent schools in Hong Kong. He has also been the Chairman of Junior Achievement Hong Kong since 2013. Dr. Lo is an experienced executive in the TMT (technology, media and telecommunications) and the consumer sectors. He started his career in McKinsey & Company Inc. as a management consultant and held senior positions in China Unicom, Hongkong Telecom, Citibank HK, I.T Limited, South China Media Group and Kidsland International Holdings Ltd in the past. He is renowned for being the founder of Netvigator, the largest Internet business in Hong Kong, as well as iTV (the predecessor of NowTV), the first interactive and on-demand TV service in the world. Dr. Lo obtained a M. Phil. degree in Pharmacology and a Ph.D. degree in Molecular Neuroscience, both from University of Cambridge. In 1996, he was selected as a “Global Leader for Tomorrow” by the Davos-based renowned global organization World Economic Forum. In 2000, he was selected as one of the top 25 Asia’s Digital Elites by the Asiaweek magazine. Dr. Lo has held numerous Government appointments during his career and is currently a member of the Cyberport Advisory Panel, the Hospital Governing Committee of Hong Kong Red Cross Blood Transfusion Service and the Advisory Committee of School of Chinese Medicine, Hong Kong Baptist University. He was a board member of the Hong Kong Broadcasting Authority (now known as Communications Authority) as well as the Hong Kong Applied Science and Technology Research Institute and the Hong Kong Science Park. He was also a founding member of the Growth Enterprise Market (GEM) Listing Committee of the Stock Exchange. In 1999, Dr. Lo was appointed as Justice of the Peace (JP) of the Government of the Hong Kong Special Administrative Region for his contribution to Hong Kong. During the period 2003-2016, Dr. Lo was a Committee Member of Shantou People’s Political Consultative Conference. In 2019, Dr Lo has been invited by the United Nations Economic and Social Commission for Asia and the Pacific to lead a task force for its Sustainable Business Network committee to look at financial inclusion leveraging fintech in the region. Dr. Lo is an independent non-executive director of Jingrui Holdings Limited, Television Broadcasts Limited, South Shore Holdings Limited, Oshidori International Holdings Limited and OCI International Holdings Limited, the shares of all of which are listed on the Stock Exchange. Also, Dr. Lo is an independent non-executive director of Nam Tai Property, Inc., the shares of which are listed on the New York Stock Exchange. Dr. Lo was an executive director of Kidsland International Holdings Limited up to December 2018, and an independent non-executive director of SITC International Holdings Company Limited up to October 2020 and Ronshine China Holdings Limited up to June 2019, the shares of all of which are listed on the Stock Exchange. Also, Dr. Lo was an executive director of SMI Holdings Group Limited up to April 2019, and an independent non-executive director of Brightoil Petroleum (Holdings) Limited up to December 2020 and Hsin Chong Group Holdings Limited up to September 2019, the shares of which were delisted from the Stock Exchange in December 2020, October 2020 and December 2019, respectively. 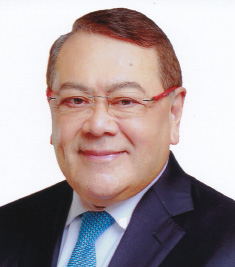